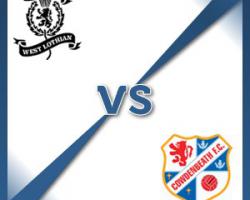 Livingston V Cowdenbeath - view commentary, squad, and statistics of the game live.Livi wait on GlenBottom side Livingston have an injury doubt over striker Gary Glen as they look for only their second win in 15 games when Cowdenbeath visit.Brad Donaldson (ankle) is out but Jason Talbot is set to return after a groin injury with manager Mark Burchill looking for a first win in his fourth game.Burchill said: "Performances have been acceptable but we need to start picking up points

We have played three sides chasing promotion but this game is against a side closer to us in the table."Winning would pull us to within four points of Cowdenbeath and would give everyone a terrific lift."Cowdenbeath can include Thomas O'Brien in their squad after the SFA accepted their appeal against his recent sending-off against Dumbarton.Kudus Oyenuga is available after his loan deal from Dundee United was extended and Dean Brett could return after a foot injury.Sean Higgins is a major injury doubt and he could join John Armstrong (ankle), Kenny Adamson (foot) and Sammy Stewart (groin) in missing out.Manager Jimmy Nicholl said: "Losing to a last-minute goal against Raith last weekend was harsh so we plan to attack Livingston and win the three points in what is a very important game to both sides to make up for it."